Starting from $60/month (billed 1st day of each month)

The Rum Club Australia™ Membership is available as a monthly subscription by choosing either a 1 or 2 bottle membership.

The monthly subscription charge varies from month to month based on the featured monthly rum on offer. The extensive network and purchasing power of The Rum Club means you get exceptional rums at low prices starting from $60/month per bottle. The exact price each month is emailed to members in advance (5 days before the end of each month), during which time they can choose to skip that particular month and simply wait for the next. Factors that determine the price each month include the quality, age statement, origin, distillery/master distiller, availability and local market prices (due to our buying power, members receive big savings off RRP).

The 1 BOTTLE SUBSCRIPTION consists of:

The 2 BOTTLE SUBSCRIPTION consists of:

Black Gate is one of Australia’s most exciting artisan distilleries who recently won a swag of medals at the Australian Whisky Awards 2021 and continue to receive national and international recognition including being sort after by a number of independent bottlers and whisky appreciation societies eager to showcase their award winning liquid.

Black Gate Distillery was established in 2009 by husband and wife team, Brian & Genise Hollingworth and is situated in Mendooran in historic Central West NSW, Australia. They initially started whisky production before delving into making rum as well— Genise as the Rum Distiller and Brian in charge of the single malt whisky. They operate two direct fired copper pot stills with 630 litres and 300 litres capacity that produce 4000 litres of distillate annually with a quarter of it being rum. Quality molasses is sourced from Queensland with traditional production methods employed including long fermentation & double distillation in direct fired copper pot stills creating profiles bursting with richness & flavour.

The Rum-of-the-Month for December, the Black Gate Shiraz Single Cask Rum is is probably one of the most intriguing Aussie rum releases to date and is the 1st ever Shiraz cask expression from the distillery. Distilled in November 2018, this rum has spent its entire life in a Huntington Estate Special Reserve 2007 Shiraz cask maturing to perfection at the Black Gate Distillery in historic central western NSW.

In the words of Black Gate’s rum Master Distillery, Genise Hollingworth—this probably one of our best rums yet! 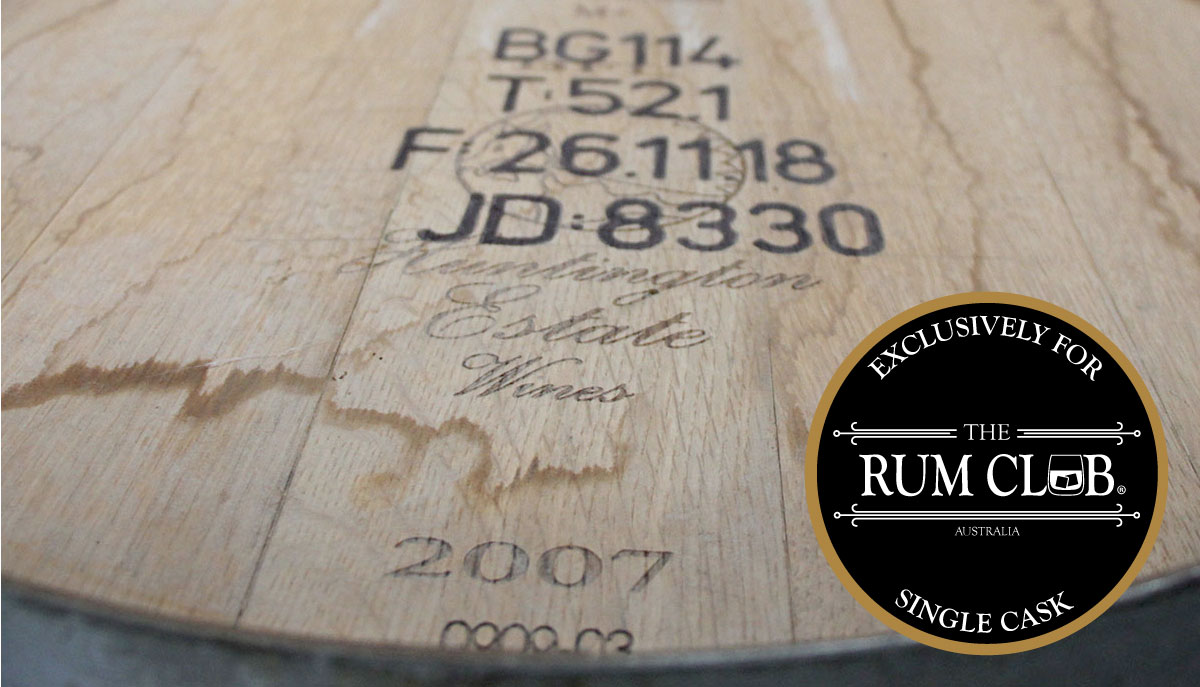 The Rum Club Australia™ Membership enables access to exceptional rum from the world’s leading brands, sent direct to your door each month at a fraction of the cost of other retail stores. The Rum Club’s extensive network and purchasing power means that all featured monthly rums are offered at low prices starting from $60 per month ($120 for 2 Bottle Membership with complimentary free shipping). Join now for free and get notified each month of the upcoming Rum-of-the-Month including the pricing and special offers available. The exact price each month is emailed to members in advance (5 days before the end of each month), during which time they can choose to skip that particular month and simply wait for the next.

Members are in full control of their subscription and can conveniently skip any month at their discretion via their Account page. Only pay for the rum you want each month and cancel anytime with no lock-in. Members can choose to add additional special releases when available, including small batch rum, Australian craft rum, limited editions and rare rums.

Subscribe now to The Rum Club Australia™,  with new Memberships available consisting of either a 1 BOTTLE SUBSCRIPTION or 2 BOTTLE SUBSCRIPTION, and begin your exceptional rum journey with Australia’s original and fastest growing rum subscription club!